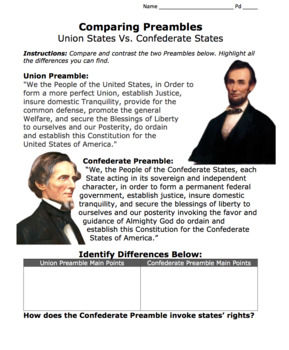 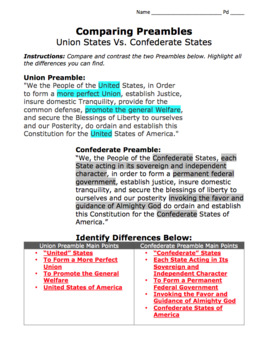 Students will compare and contrast the Preambles of both the United States and the Confederate States. Students will come to understand the subtle differences that demonstrate the C.S.A.'s commitment to states' rights as well as other important changes. They will highlight the changes as well as list differences in the chart below.

Total Pages
1+key
Answer Key
Included
Teaching Duration
30 minutes
Report this Resource to TpT
Reported resources will be reviewed by our team. Report this resource to let us know if this resource violates TpT’s content guidelines.