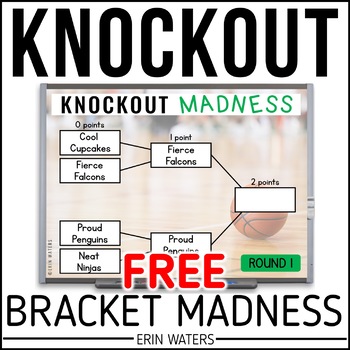 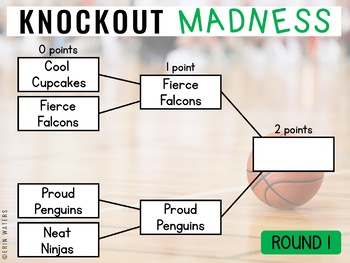 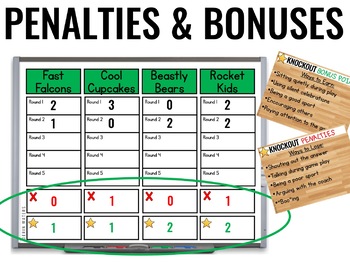 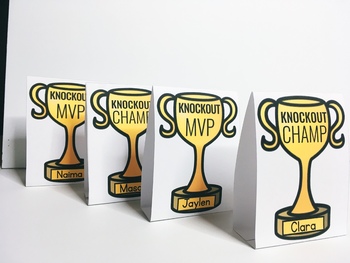 This product is a FREE March Madness tournament set to use with Knockout, a quick-paced, nail-biter of a math OR literacy game will leave your kids BEGGING for more! Team up to knock out the other team's players. The last team standing wins! This is by far the most engaging thing I've done for my classroom. My kids get SO excited when we play, and they work super hard all week practicing their skills just so they can improve their Knockout™ game!

Not only is this GREAT for learning about and reinforcing math and literacy skills, but it builds character as it emphasizes teamwork and good sportsmanship.

This pack includes the following Knockout™ Bracket Madness tools and is perfect for practicing MATH AND READING in a super fun way:

oEditable Brackets [Fill in your own team names and points for as many rounds as you want!)

oEditable Scoreboards (Use for 1-10 rounds!)

Need some Knockout games to play with this? Try a free Knockout™ sample HERE!