FREE Student Copies of the "Declaration of Independence" on a Single Sheet! 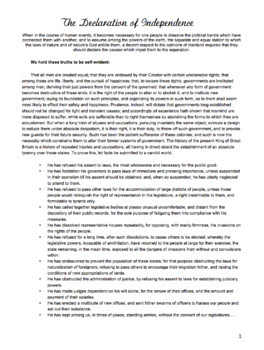 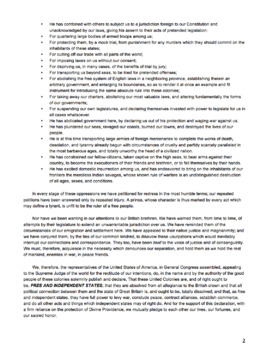 For your convenience, I have uploaded the entirety of the Declaration of Independence onto a single sheet (front and back) for you to print for your students to have individual copies. In my class, we have looked over the Declaration together with highlighters and have discussed the importance of:

I have listed the grievances in "bullet" format for your convenience. It makes the Declaration of Independence much easier to read for students.

Total Pages
2 pages
Answer Key
Does not apply
Teaching Duration
1 hour
Report this Resource to TpT
Reported resources will be reviewed by our team. Report this resource to let us know if this resource violates TpT’s content guidelines.