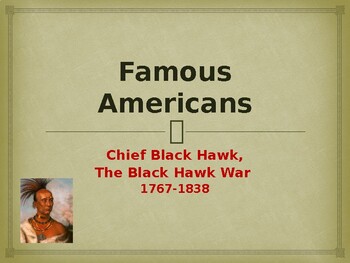 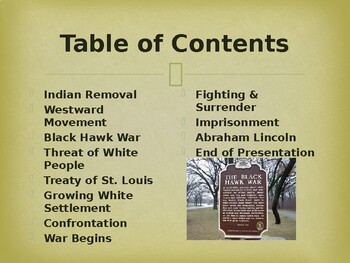 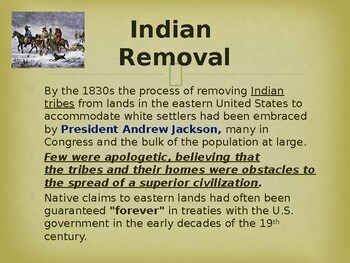 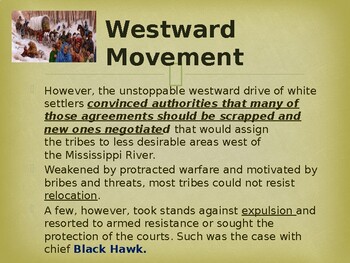 This is a 14 slide, highly animated, power point presentations on Famous Americans – Chief Black Hawk. Each of the presentation slides are editable so you can change it to fit your individual needs.

By the 1830s the process of removing Indian tribes from lands in the eastern United States to accommodate white settlers had been embraced by President Andrew Jackson, many in Congress and the bulk of the population at large.

Native claims to eastern lands had often been guaranteed "forever" in treaties with the U.S. government in the early decades of the 19th century. However, the unstoppable westward drive of white settlers convinced authorities that many of those agreements should be scrapped and new ones negotiated that would assign the tribes to less desirable areas west of the Mississippi River.

A few, however, took stands against expulsion and resorted to armed resistance or sought the protection of the courts. Such was the case with chief Black Hawk.