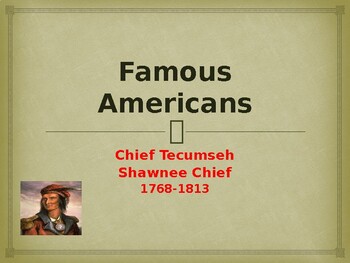 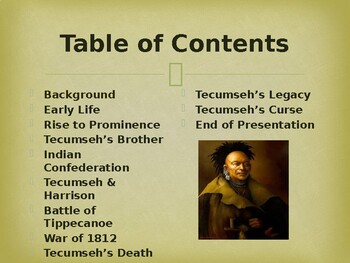 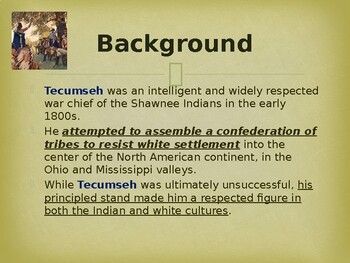 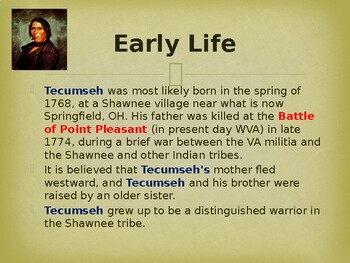 This is a 14 slide, highly animated, power point presentations on Famous Americans – Chief Tecumseh. Each of the presentation slides are editable so you can change it to fit your individual needs.

Tecumseh was an intelligent and widely respected war chief of the Shawnee Indians in the early 1800s. He attempted to assemble a confederation of tribes to resist white settlement into the center of the North American continent, in the Ohio and Mississippi valleys.While Tecumseh was ultimately unsuccessful, his principled stand made him a respected figure in both the Indian and white cultures

If Tecumseh's idea of organizing the various Indian tribes to resist white settlement had succeeded, it would have seriously changed the course of American history. His political skills and charismatic leadership made him a revered figure. Countless tributes to Tecumseh have appeared over the past 2 centuries, including the naming of towns and US Navy ships for him.