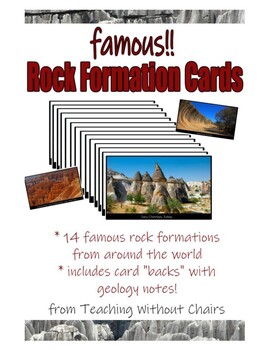 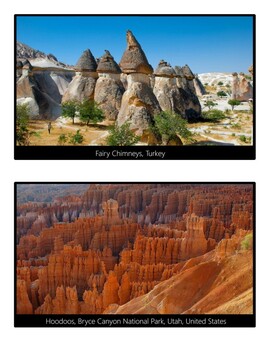 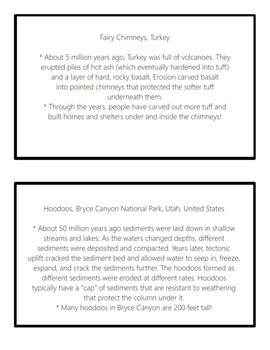 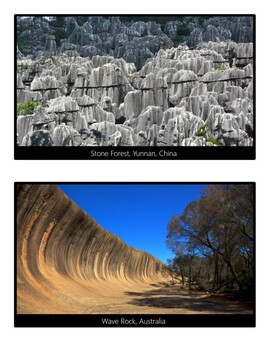 This set of 14 famous rock formations include a full-color, high-quality photo of the rock formation, the country it occurs in, and information on the back like where the rocks are, how they formed, or other fun facts!

Use them as supplements for geology or geology units!

Print two sets and play memory games with them!

Match them to their countries on a map!

There are loads of possibilities.

Each card is about 5" x 7" so you can print them as they are or put two to a page and still be able to read them easily!

The 14 famous rock formations in this set are the following:

14- Rocks of the Cyclops in Sicily