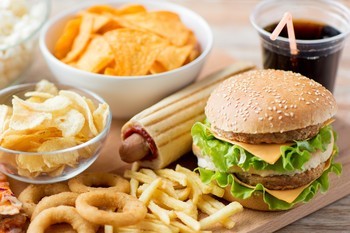 In 2019 an article was published by several news organizations which highlighted the way fast food companies advertise to teens. The articles reported that researchers found black and Hispanic teens saw twice as many ads for junk food than white teens. Fast food, candy, sugary drinks and unhealthy snacks accounted for 86 percent of food ad spending on black-targeted TV programming, and 82 percent of ad spending on Spanish-language TV, the researchers found. Of the nearly $11 billion spent in total TV advertising in 2017, $1.1 billion was for advertising in black- and Spanish-language TV programming, according to the report. This lesson covers this issue by looking at things like advertising, health, and solutions to this issue by teens and their parents.

Quiz with and without answers.

Total Pages
47 pages
Answer Key
Included
Teaching Duration
Other
Report this Resource to TpT
Reported resources will be reviewed by our team. Report this resource to let us know if this resource violates TpT’s content guidelines.