Feature * Film ~ Anna and the King ~ The King and I 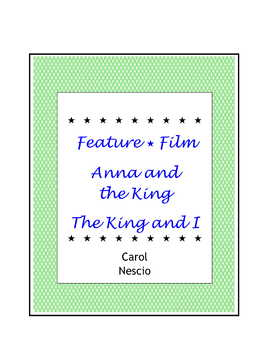 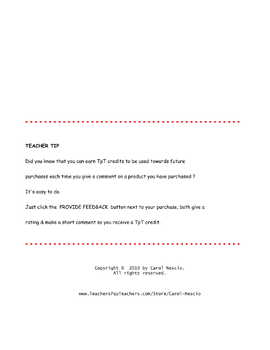 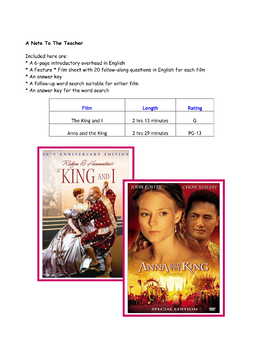 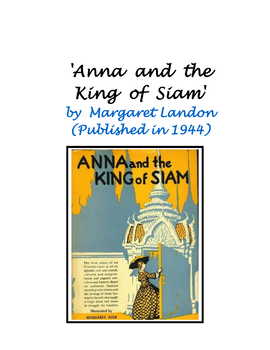 “Bangkok, though, is a rejuvenating tonic; the people seem to have found the magic elixir.

Life, a visitor feels, has not been wasted on the Thais."

The King and I

2. A follow-along question sheet with 20 questions in English all on one page

Anna and the King

5. A follow-along question sheet with 20 questions in English all on one page

6. An answer key for the question sheet

Follow-Up Activities Suitable For Either Movie

8. An answer key for the word search

10. An answer key for the puzzle

looking down writing out answers and, thus, not miss

Everything is classroom-ready - just print & go - to make your job easier. (16 pages)

If you like my products, please follow me by clicking on the little star at the top under my name. Thank you.

in the left panel to see which products are currently free. ..♥

* Feature * Film ~ Swing Kids .. Even dancing was dangerous under The Third Reich ! ..

* A Light History Of The English Language For English * Class

* The Dickens Nobody Knows

* Feature * Film ~ All Quiet On The Western Front

.. The classic version with Shirley Temple from the book by Swiss author Johanna Spyri. ..

* Feature * Film ~ Swing Kids .. Even dancing was dangerous under The Third Reich ! ..

.. The only successful resistance attempt under The Third Reich. ..

* Feature * Film ~ The Garden of the Finzi-Continis