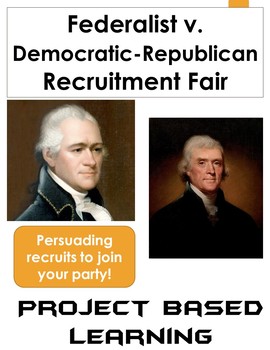 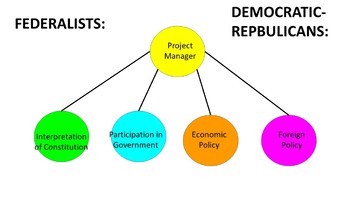 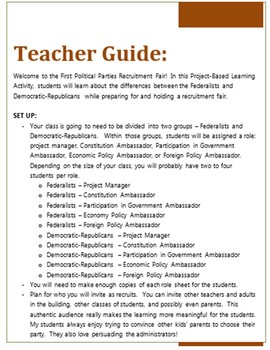 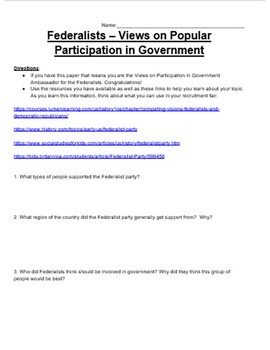 Welcome to the Rise of Political Parties Recruitment Fair! In this activity, students will learn about the differences between the first two political parties while preparing for and holding a recruitment fair.

Students are divided into two groups - Federalists and Democratic-Republicans. Within those groups, they are given roles; students will either be the project manager or an ambassador representing a view of their party - Constitution, popular participation in government, economic policy, and foreign policy. Students use various resources, including websites and textbooks, to research their assigned topic. They then plan for and create a booth that will be featured in the fair.

On fair day, you can invite administrators, specialists, teachers, students, and possibly even parents to visit the different booths. Students will use what they have learned about their party and their persuasive skills to convince the recruits to join their political party.

- Research worksheets for each role with resources