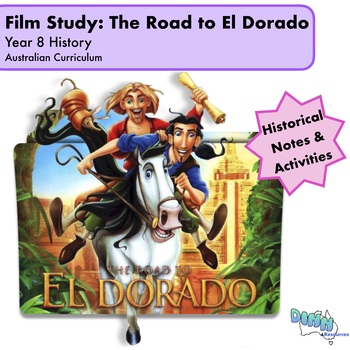 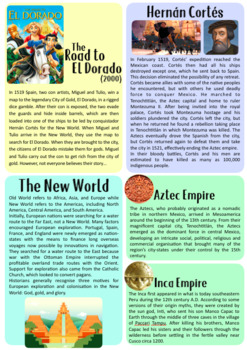 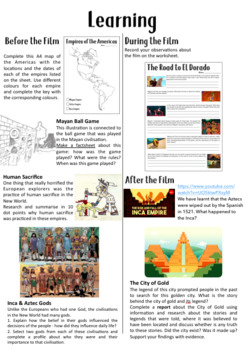 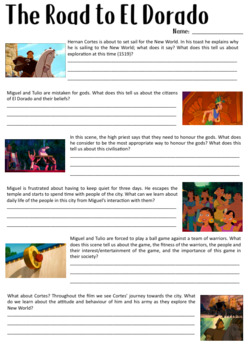 This film study if focused on The Road to El Dorado (2000) in which two men, Tulio and Miguel hitch a ride to the New World (the Americas) with Hernan Cortes in 1519. This resource contains notes about the historical links of this film to Spanish exploration of the Americas.

In Year 8 History, teachers may select to complete a unit about the exploration and colonisation of the New World. This resource contains introductory information about why Europeans, such as the Spanish, chose to explore these new lands. There are learning activities to complete before, during and after viewing the film. Students will investigate daily life, religious beliefs (gods and human sacrifices), and recreational activities.

A central motive to European exploration was wealth. In the search for a mythical city of gold, this motive can be examined closely through this film. Activities in this resource help students to become familiar with the civilisations in the New World before they watch the film. As they watch the film, they can examine it as a source and use their previous knowledge of these civilisations to determine the value of the film. Following their viewing of they film, students are encouraged to investigate the legend and its role in the actions of European explorers during the Age of Discovery.