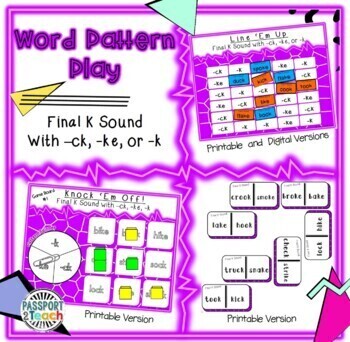 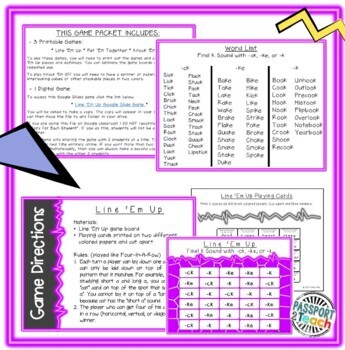 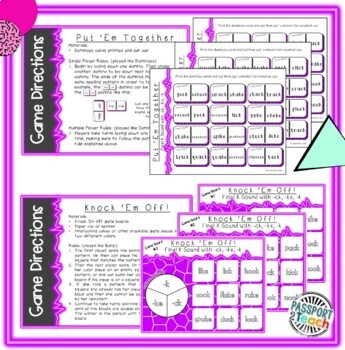 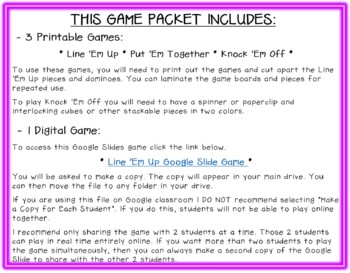 Included in the packet are 3 different games:

Line ‘Em Up is played like Four-In-A-Row with partners taking turns placing cards on the board, only students must match the card to the pattern on the board when laying it down. The first person to have four cards in a row horizontally, vertically or diagonally is the winner.

Put ‘Em Together is played like Dominoes with partners or groups taking turns to lay down dominoes that match the spelling patterns of the dominoes already down.

Knock ‘Em Off is played like Bump with students taking turns to spin the spinner and placing his colored piece on a word that matches the pattern spun. Players can place their piece on an empty square, or bump the opponent's piece off the board as long as it matches the spun pattern. If the player rolls a pattern that matches with a word square she already has her piece on, she can stack her block and then she cannot be bumped off that square by her opponent. The winner is the person with the most pieces on the board when all the squares are double stacked or time has run out.

Check out my store for more Word Pattern Play games! They are perfect for centers, buddy work, extra practice or for early finishers!