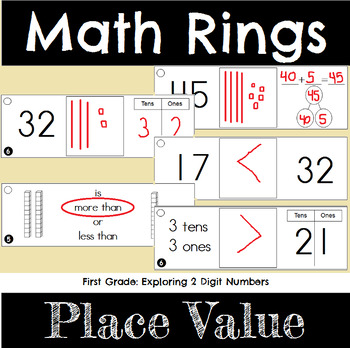 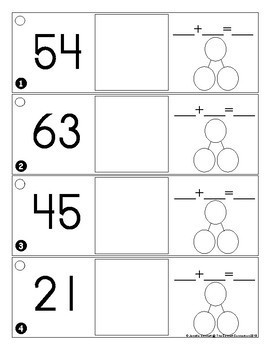 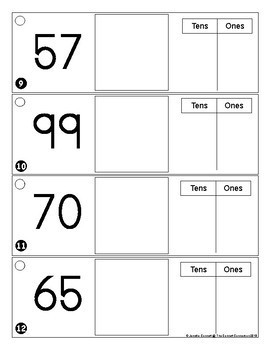 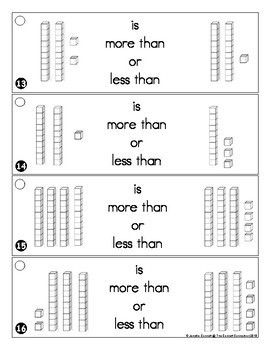 These first grade math rings are for comparing two digit numbers. There are activities for drawing, using number bonds, addition sentences, greater than and less than, and more or less concepts to explore 2 digit numbers.

This product is included in the following bundle:
First Grade Math Ring Bundle