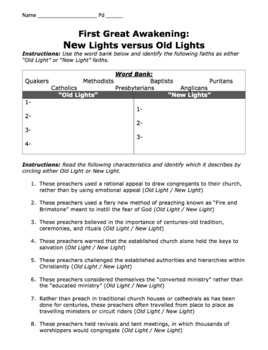 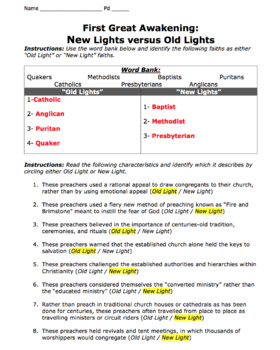 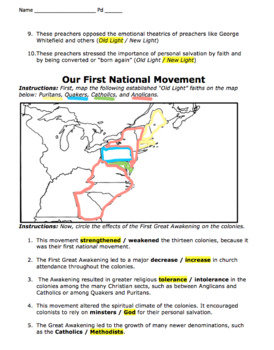 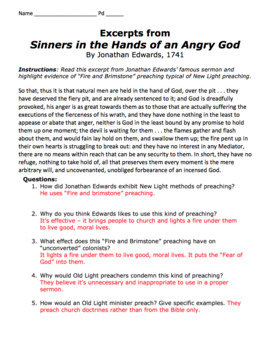 This is a fantastic PDF assignment for teaching the characteristics and effects of the colonies' first national movement, the 1st Great Awakening. It emphasizes the similarities and differences of the New Lights and Old Lights, including conflicts, sects, denominations, and "New Light" and "Old Light" leaders Jonathan Edwards and Charles Chauncy. This assignment includes the following:

Total Pages
4 pages+key
Answer Key
Included
Teaching Duration
90 minutes
Report this Resource to TpT
Reported resources will be reviewed by our team. Report this resource to let us know if this resource violates TpT’s content guidelines.