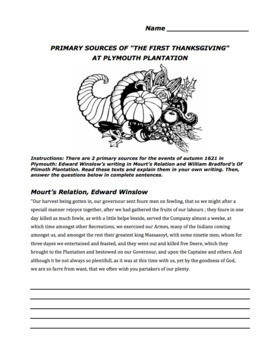 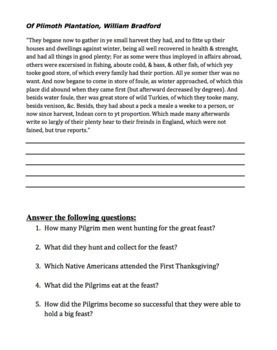 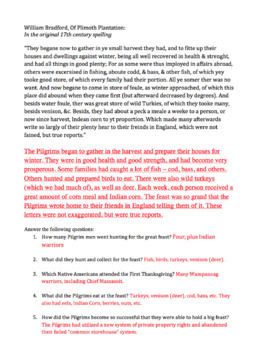 This is a great opportunity for students to read the 17th-century English text of two primary sources: Edward Winslow's Mourt's Relation and William Bradford's Of Plimoth Plantation. These two excerpts remain the two only known primary sources of the First Thanksgiving feast. Students will interpret the passages and explain their meaning, as well as answer basic questions from the text. If you are interested in the true story of the First Thanksgiving, please see the slideshow here: Click Here!