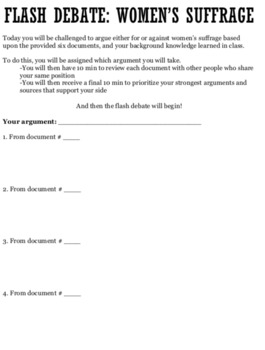 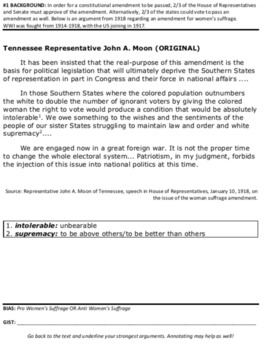 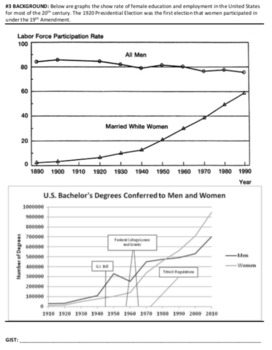 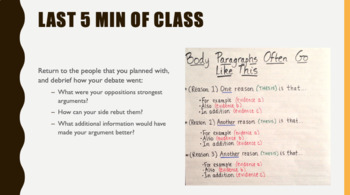 Should women be aloud to vote? Are they qualified? How will this impact the south? Is voting a human right?

To review the controversy surrounding the passage of the 19th Amendment, students reviewed six documents to then debate from the perspective of Pro or Anti- Women's Suffrage. All sources (excluding the graphs) are excerpts from speeches leading up to the passage of the 19th Amendment, and students are asked to identify the bias, and gist for all. Students are also asked to highlight information from the sources that supports their argument.

For this activity with my 8th graders, I assigned their debate stance, and encouraged them to work with others who were arguing on their side to help prepare them to debate. Because of their skill level, and this was the first time doing such an activity, it took two days. With older, or more practiced students, it should only take one.

Prior to debating, students evaluated which sources and arguments would be most helpful to them and discussed their opening statements. This activity is designed to have every student debating with a partner in a classroom simultaneously, however you can adapt it as needed.

Included are resources, a guiding PowerPoint, as well as an instructional page.

Students like this because they like to argue, and liked the idea of using the documents with the purpose of debating, as opposed to just answering questions or writing a paper.

Total Pages
9 pages
Answer Key
Not Included
Teaching Duration
2 days
Report this Resource to TpT
Reported resources will be reviewed by our team. Report this resource to let us know if this resource violates TpT’s content guidelines.