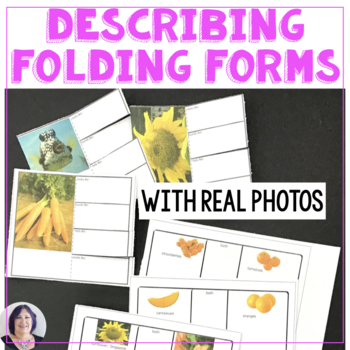 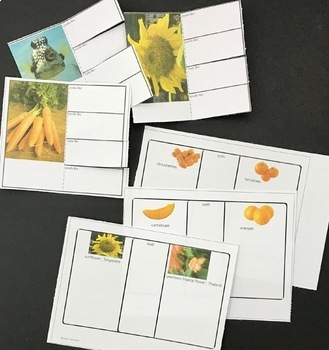 Give your students something to keep their hands busy while they build describing skills with these fun images. Images are mostly photos, with some high quality clip art as well.

Each of the 20 flip forms has 1 high quality image, with flaps for telling how that item looks, feels, smells, and sounds.

Each of the 16 Venn diagrams provides 2 images to compare/contrast.

Use these foldable flip forms for describing, and the Venn diagrams for comparing and contrasting items in photographs. Each of the 36 forms is printed and ready to use as soon as the form is cut out. They can be used in classrooms or language intervention settings.

★ There are actual photographs used with describing flipable templates

★ A comparison Venn-type diagram to compare/contrast some of the animals pictured with some similarities.

This activity is great for interactive notebooks.

This can be used to meet CCSS for grade 1 SL4 and L5b, but can also be used and expanded for L4.3a and L7.3a; in which cases the language used would be more complex.