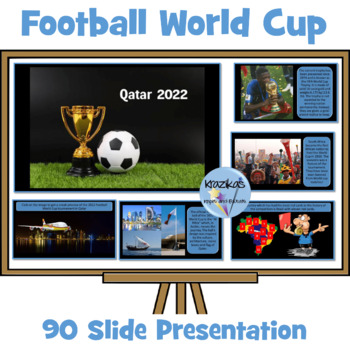 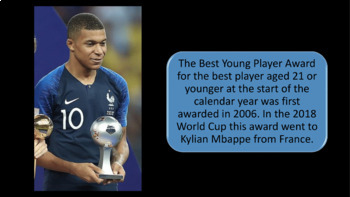 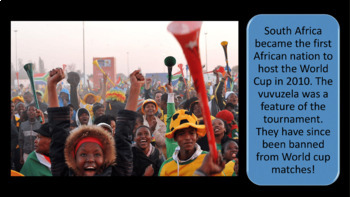 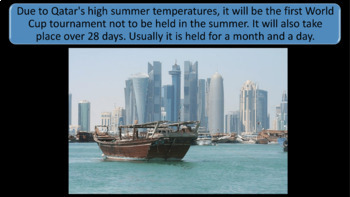 The PowerPoint is divided into the following sections

The PowerPoint contains hyperlinks to Maradona's infamous two goals, Pele's goals, the World Cup Willie song and an interview with the owner of Pickles, the dog, who found the World Cup when it went missing.

Save money and buy both resources together at a discounted rate: