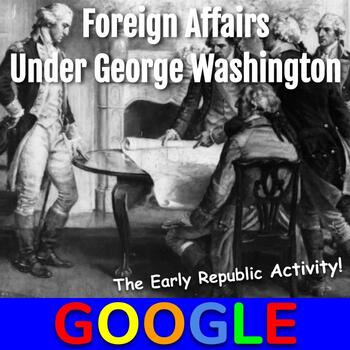 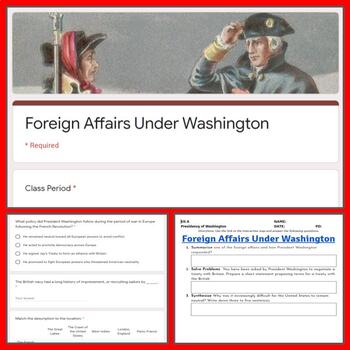 This product is a Google form and doc linked to an interactive map on the foreign affairs under President George Washington.

Tense relations with Britain and France complicated George Washington’s two terms in office. A series of crises tested the strength and resolve of the new republic. Washington wanted the United States to remain neutral following the French Revolution and the onset of war between France and Britain. In 1793, he issued a “neutrality proclamation.” He hoped this would convince the Europeans that Americans would act in their own self-interest, rather than involve themselves in others’ conflicts.

Students will analyze the interactive map and answer the 9 reading comprehension questions and one grid on the form. Then, students will answer the 3 short answer questions on the doc. This activity has worked very well in pairs using two devices. This product is an excellent enrichment activity.

Students will learn about foreign relations during George Washington’s presidency:

This product is editable to suit your needs. Questions and option orders are shuffled.

The Early Republic for more ACTIVITIES!