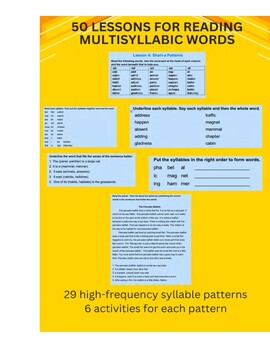 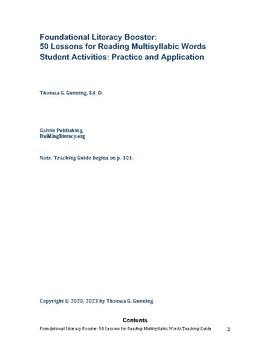 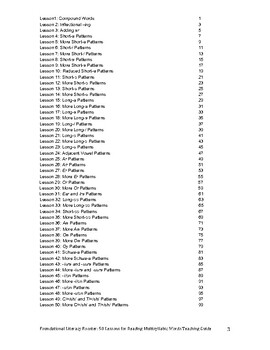 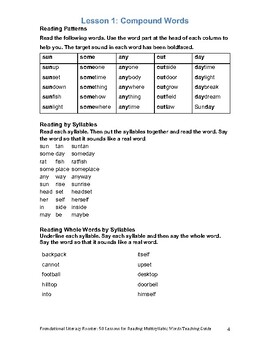 Varied practice and application activities include reading words, sentences, and passages that gradually increase in difficulty and so boost students’ reading ability. Foundational Literacy Booster: Reading Multisyllabic Words is designed to boost students’ reading level from a beginning second to a third-grade or fourth-grade reading level. Sentence exercises and articles consist of informational text and so build background and provide practice with nonfiction text while at the same time developing the ability to read multisyllabic words. Emphasis has been placed on making key concepts understandable and memorable. For instance, the word robot is highlighted as a word that contains an open and closed syllable with a resulting long o and short o. Students also complete exercises in which dinner at the diner; super suppers; tiny, tinny robots; and winners and whiners are discussed.

To apply skills, students read about such high-interest topics as the use of giant stones for money, giant spiders, pirate treasure, the planet Mercury, traveling to Mars, and the world’s smartest dogs. Riddles, rhymes, jokes, and songs that reinforce target patterns are also featured.