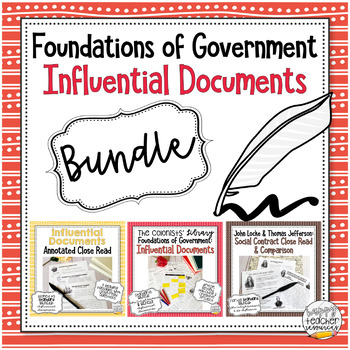 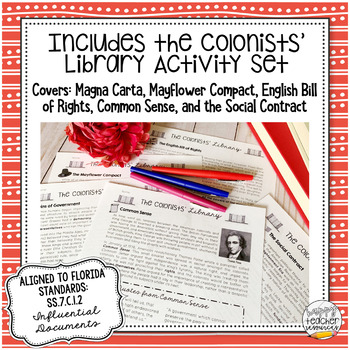 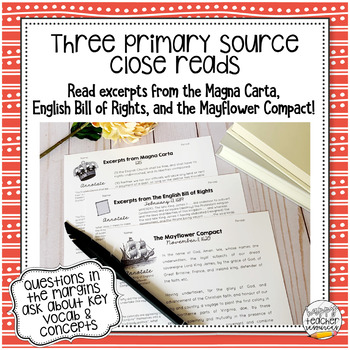 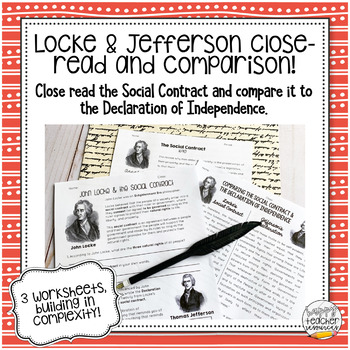 TpT Digital Activity Included
This bundle contains one or more resources that include an interactive version that students can complete from any device on TpT’s new tool. Learn more.

This Foundations of American Government: Influential Documents bundle consists of all of my resources related to John Locke and the Social Contract, the Magna Carta, the English Bill of Rights, the Mayflower Compact, and Thomas Paine's Common Sense! Everything you need to comprehensively teach the influential documents that inspired the American government!

Aligned to Florida State Standards SS.7.C.1.1 The Enlightenment and its Influences and SS.7.C.1.2 Influential Documents, this bundle has tons of resources for your middle school or high school Civics or American Government class!

In this bundle, you get:

✯ The Colonists' Library, an activity set that consists of:

Follow Happy Teacher Resources so you're the first to find out about new products!