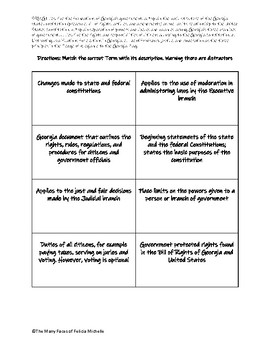 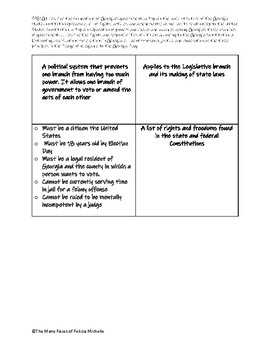 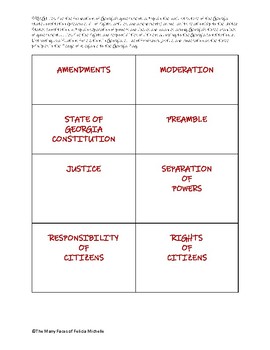 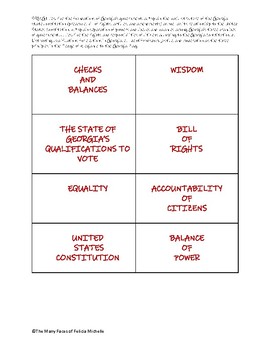 Standards Addressed: SS8CG1 Describe the foundations of Georgia’s government. a. Explain the basic structure of the Georgia state constitution (preamble, bill of rights, articles, and amendments) as well as its relationship to the United States Constitution. b. Explain separation of powers and checks and balances among Georgia’s three branches of government. c. Describe the rights and responsibilities of citizens according to the Georgia Constitution. d. List voting qualifications for elections in Georgia. e. Identify wisdom, justice, and moderation as the three principles in the Pledge of Allegiance to the Georgia Flag.

Directions: Match the correct Term with its description. Warning there are distractors

Total Pages
6 pages
Answer Key
Included
Teaching Duration
30 minutes
Report this Resource to TpT
Reported resources will be reviewed by our team. Report this resource to let us know if this resource violates TpT’s content guidelines.

The Many Faces of Felicia Michelle