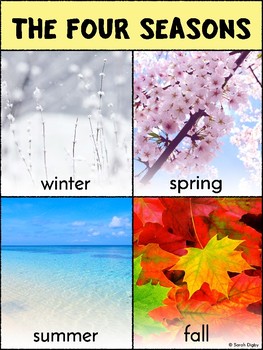 Poster of the four seasons – perfect for any early classroom to help students connect real-life pictures of the to the changing seasons. Real pictures also make the poster ideal for older ELLs/emergent bilinguals.

• Days of the Week Calendar Poster (with Speaking Prompts) »