Four to Score Freebie: A Fast-Paced Articulation Game for /v/ 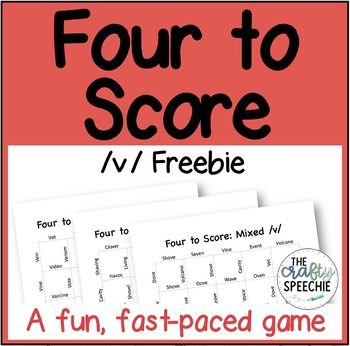 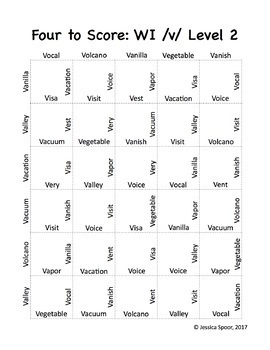 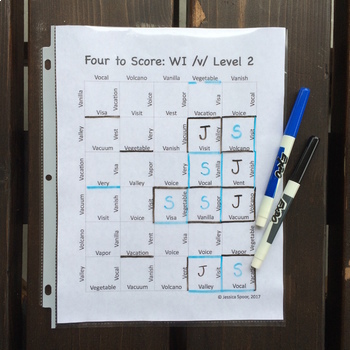 This printer-friendly download is part of a series of print and play, single sheet games. Four to Score is a fast-paced game that can get you lots of drill!

This growing bundle currently contains 7 game sheets all targetting /v/. There are pages targeting it in initial, medial and final position, as well as a mixed sheet.

This packet includes two levels of difficulty. Level 1 sheets have predominantly mono- and bisyllabic words with simple word shapes, and the words were selected because the other consonants tend to be early developing. Level 2 sheets have target words with a greater variety of word shapes, word lengths and phoneme composition.

1. Select a page based on your client’s current articulation goal.

2. Players take turns choosing a target word and tracing along the corresponding line after a correct production.

3. Whenever a player completes a square by saying the forth side, they get to write their initial in the box.

4. Keep going until all of the target words have been said

5. Whoever has their initial in the most boxes at the end of the game wins!