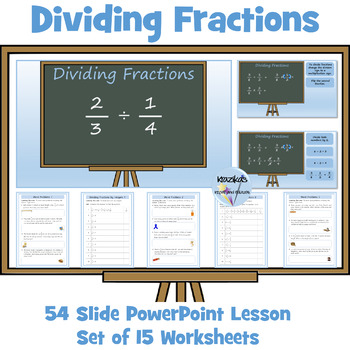 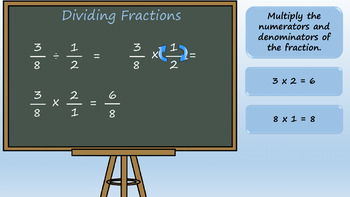 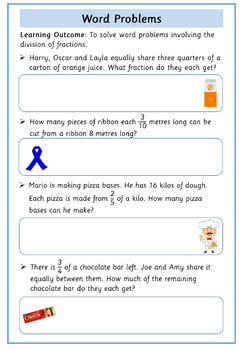 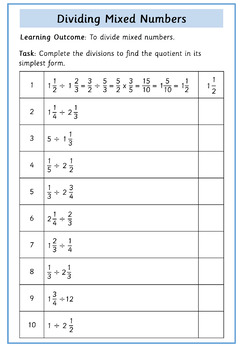 This resource contains a 54 slide PowerPoint lesson and 15 worksheets on dividing fractions.

The PowerPoint visually explains and demonstrates step-by-step how to divide fractions. Students are given opportunities to carry out the division of fractions and to spot errors in calculations.

The bundle also contains 15 worksheets (with answers) on the division of fractions. Tasks include:

Follow me here to be kept informed of free and new resources.