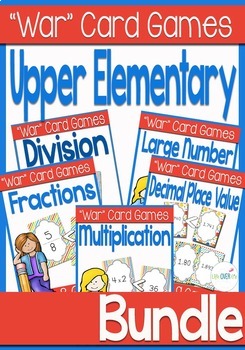 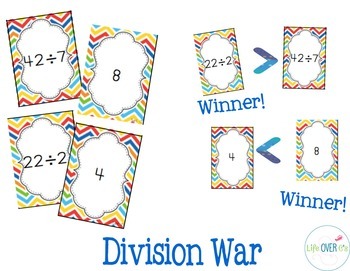 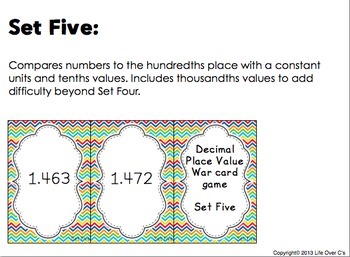 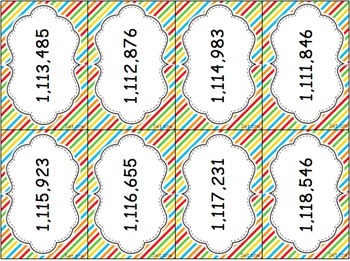 Multiplication "War" Card Game Center:
15 Unique sets of cards with varying skill levels:
1 set for each group of facts 1-12 (Game can be modified to play without 11 & 12 simply by removing those cards. It does not affect the game.)
3 mixed sets for more challenging practice.

Print 2-4 copies of each set to make a deck. Use card stock or laminate for durability. More copies=more cards, longer game, more review