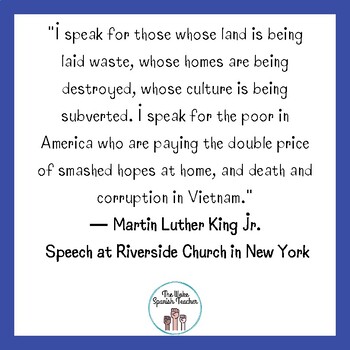 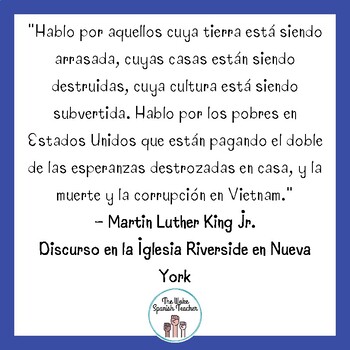 Martin Luther King Jr. Day is coming and I wanted to share with you bilingual posters with quotes taken from his letter from Birmingham Jail and other sources.

I see a lot of cherry-picking when it comes to the messages shared in books, classes and social media.

There is a lot of kindness bypassing out there.

This is why I will be posting his quotes about love in radical action, economic justice, opression and moderate allyship.

I will be posting these posters every other day for free until January the 20th.

The Conversation - Extract of the article by Naomi Schalit

“Exactly one year before his assassination in Memphis, King stood at one of the best-known pulpits in the nation, at Riverside Church in New York.

There, he explained how he had come to connect the struggle for civil rights with the fight for economic justice and the early protests against the Vietnam War.”