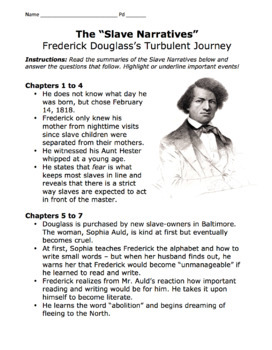 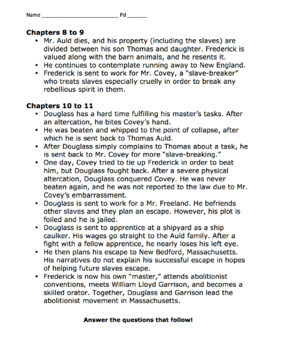 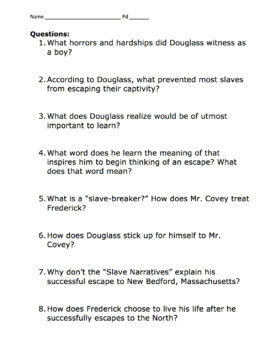 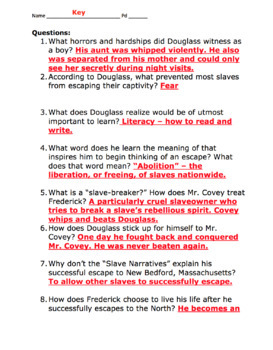 This is a fantastic tool for understanding Douglass's "Slave Narratives." This assignment lists in bullet format brief summaries of the chapters of his book. It lists his struggles, his conflicts, his cruel masters, his desire to learn to read and write, and his great escape.