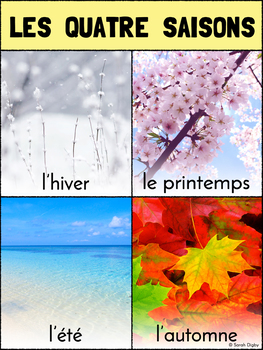 This French poster of the four seasons is perfect for any early, bilingual, or French language-learning classroom to help students connect real-life pictures of the to the changing seasons. Real pictures also make the poster ideal for older French-speaking ELLs/emergent bilinguals.