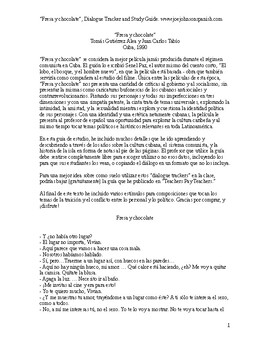 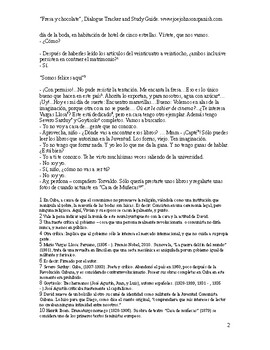 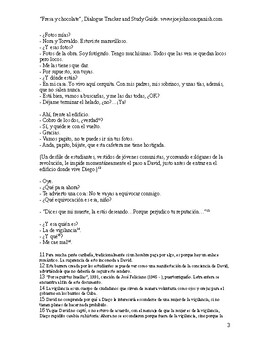 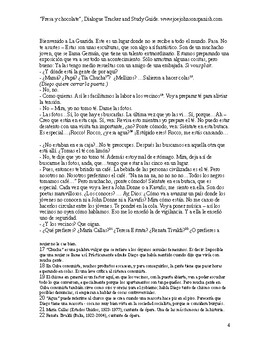 The entire dialogue from the film "Fresa y chocolate" (Cuba, 1990), annotated with historical and cultural explanations. The package includes several composition prompts and additional song lyrics from the music used in the film, as well as certain culturally relevant contemporaneous music that can be used as a point of comparison and analysis. An excellent companion piece to the short story "El lobo, el bosque, y el hombre nuevo," the short story by screenwriter Senel Paz on which the film is based.