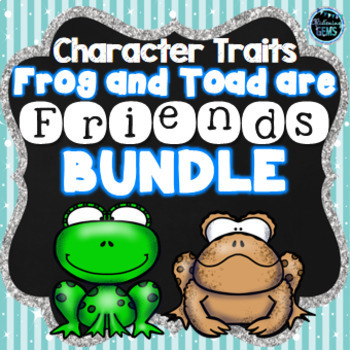 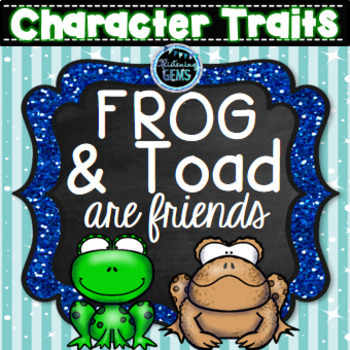 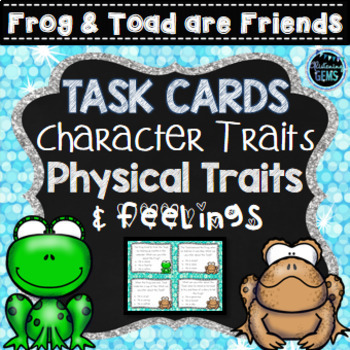 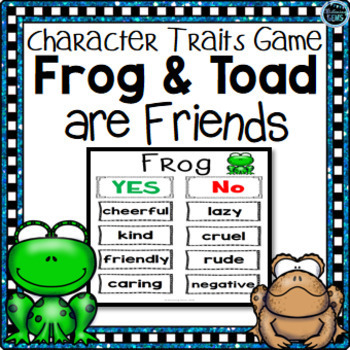 There are color and black lined versions available in this pack. The sorting activities include:

• Sort the character traits and physical traits for the Frog.

• Sort the character traits and physical traits for the Toad.

• Sort the words into synonyms and antonyms for the word kind.

• Find the evidence in the text to match the character traits.

The cut and paste character trait activities and bubble maps include:

• Cut and paste the 4 character traits to describe the Frog’s physical traits.

• Cut and paste the 4 character traits to describe the Toad's physical traits.

Answer sheets are included for all cut and paste activities.

Also included in this pack are bright blue sun ray word wall cards to display on your bulletin board to assist students when writing about characters in the story. The word wall cards include the following words:

Character Traits Yes/No Game - This fun and interactive game will assist students to make inferences about characters, expand their vocabulary and consolidate their understanding of character traits.

This yes/no game can be played with 1-2 players, small group or played as a whole class. To play as a group:

•If group of 6 students, give each student 10 character trait cards to sort under the yes or no heading.

•Students take it in turn to select a character card (Frog or Toad) and sort their character trait cards under the correct heading.

•Ask each student to provide evidence or a reason why they think the character displays that character trait or not.

These task cards are designed for first grade to third grade to provide your students with practice with identifying character traits, feelings and physical traits of characters in the story, 'Frog and Toad are Friends'. These multiple choice questions will allow your students to make inferences about characters.

The kit consists of:

Please see the preview before purchasing to get a further insight into what this package entails.

You may also be interested in the character traits packages below. NOTE: This product is NOT included in this bundle packs below:

How to Catch the Easter Bunny - Character Traits Bundle

Check out these great bundle packs:

Your feedback is greatly appreciated. I would love for you to come back at some stage and rate my product. ♥