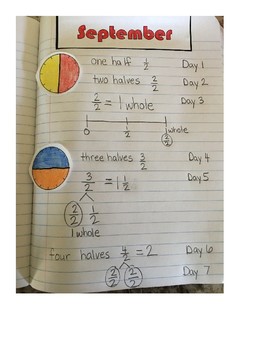 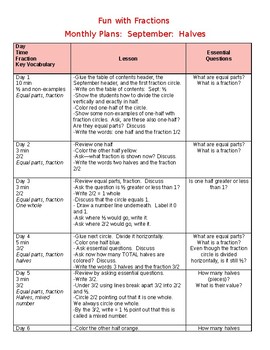 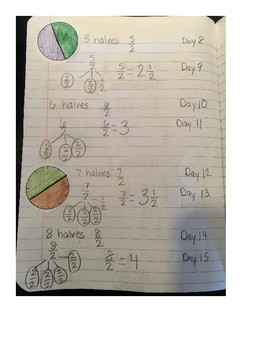 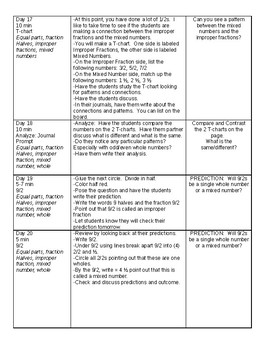 Teach your student critical fractions concepts through an interactive notebook!

This is a jam packed file with lessons for an ENTIRE year to teach your students fractions! This is naturally differentiated based on your grade level. This product if for grades 3-6. Starting at the beginning of the year, students will use a composition notebook to learn each fraction, decimal, percent, and ratio. Each lesson takes only 3-5 minutes. Included in the file are pictures of the notebook pages. Each month teaches a different fraction and skill. Each month builds upon the last month. Below is the scope and sequence:

Additionally, you will also get:

Log in
to see state-specific standards (only available in the US).
CCSS4.NF.C.7
Compare two decimals to hundredths by reasoning about their size. Recognize that comparisons are valid only when the two decimals refer to the same whole. Record the results of comparisons with the symbols >, =, or <, and justify the conclusions, e.g., by using a visual model.
CCSS4.NF.C.6
Use decimal notation for fractions with denominators 10 or 100. For example, rewrite 0.62 as 62/100; describe a length as 0.62 meters; locate 0.62 on a number line diagram.
CCSS4.NF.C.5
Express a fraction with denominator 10 as an equivalent fraction with denominator 100, and use this technique to add two fractions with respective denominators 10 and 100. For example, express 3/10 as 30/100, and add 3/10 + 4/100 = 34/100.
CCSS6.RP.A.3d
Use ratio reasoning to convert measurement units; manipulate and transform units appropriately when multiplying or dividing quantities.
CCSS6.RP.A.3c
Find a percent of a quantity as a rate per 100 (e.g., 30% of a quantity means 30/100 times the quantity); solve problems involving finding the whole, given a part and the percent.