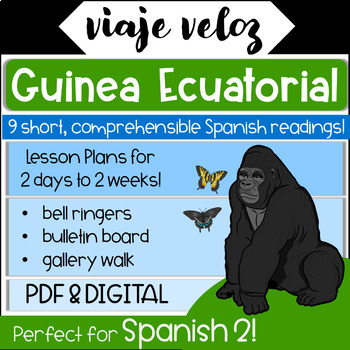 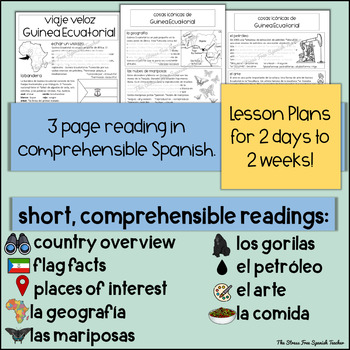 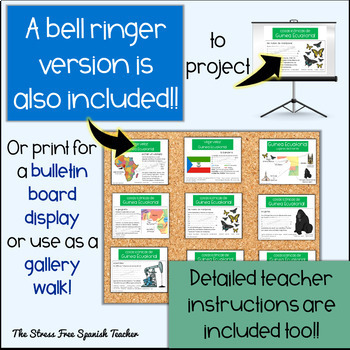 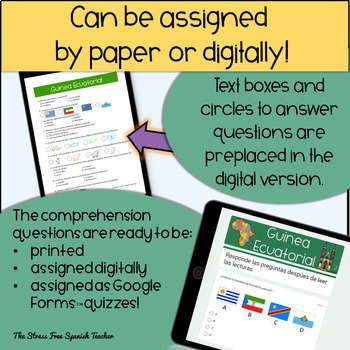 These nine "bite sized," short readings introduce students to interesting facts about GUINEA ECUATORIAL's geography and culture. Teachers are enjoying using these sets as a jumping-off point for deeper conversations about countries in Africa!

This resource can be ✅ printed and done on paper, it can be ✅ assigned digitally, or it can be done as ✅Bell Ringers covering a 2 week period. The Bell Ringer set can also be printed for a bulletin board display or used for a gallery walk!

A 3 page reading broken into 9 topics (see below) in easy to understand,
comprehensibly written Spanish. Words that may be unfamiliar to students are
translated at the bottom of each reading.

⭐️You may also be interested in the ICONS OF GUINEA ECUATORIAL COLOR BY NUMBER SET which can be used as a fun companion to this resource!