Game: Once upon a Mystery party game 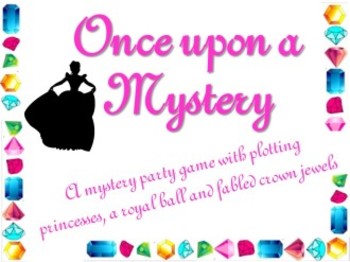 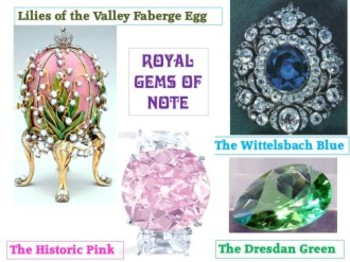 The date is 1914. The world is on the brink of war. You are invited to the royal ball along with all the important European royalty. When news of Archduke Ferdinand’s Assassination reaches you, you are both a suspect and an investigator solving the crime while negotiating your own perilous path amongst plotting princesses, egocentric emperors and predatory princes. Wil you emerge victorious or victimized?

Loosely based on actual events, this mystery party game can be played by all females (who doesn’t want to play a princess?) or a coed group of up to 17 players. Included are instructions for the host, clues (including some based on fabled and legendary crown jewels), a customizable invitation and character dossiers.

Three different endings are included so you can play multiple times.

Mystery party games are an exciting way to incorporate a theme, costumes and social interaction while solving a crime. These easy to host mysteries can be played with friends, coworkers, family reunions or as an icebreaker activity for a new group at camp or in a club.

A classroom version with more characters, unit and lesson plans plus writing prompts is available as Causes of WW1 PBL mystery activity

Check out these other mystery activities and freebies

To Kill a King freebie
Who Shot Prospector Pete?
Murder at the Manor
Assassination on the Ancient Nile freebieThe McMullin Murder Mystery

Total Pages
48 pages
Answer Key
Included
Teaching Duration
2 hours
Report this Resource to TpT
Reported resources will be reviewed by our team. Report this resource to let us know if this resource violates TpT’s content guidelines.