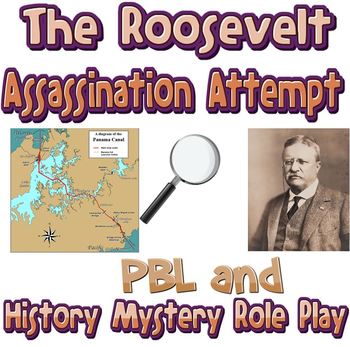 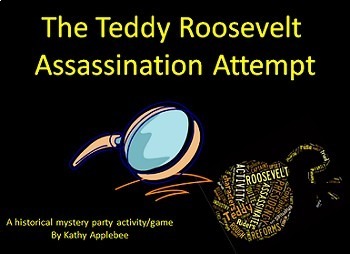 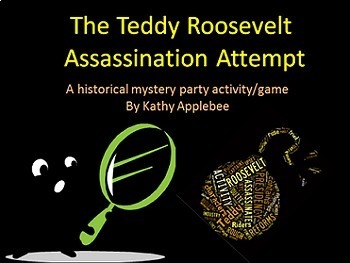 Kathleen Applebee
3.5k Followers
Follow
Compatible with Easel Activities
Create an interactive version of this PDF students can complete on any device. Easel is free to use! Learn more.
DescriptionReviews15Q&A1

Teddy Roosevelt was a reformer who made quite a few enemies as he rose from NYC Police Commissioner to the presidency. But who tried to assassinate the former president? Was it one of the captains of industry? Someone upset by his other reforms or the building of the Panama Canal? How about foreign powers? Or a member of his own family?

The Teddy Roosevelt Assassination Attempt is an activity/mystery party game that delves into the lives of the political, economic and other notable movers and shakers at the turn of the 20th century. It can be played purely for fun or used as a classroom activity (contains interdisciplinary extension activities and differentiated instruction ideas).

This 40 page resource contains clues packet, character dossiers (10 minimum but roles for up to 30 or more) suggestions, teacher/host time line, rules and options if you have reluctant participants that might need a scripted start.

The Mystery of the Underground Railroad
Who Assassinated JFK?
Inventor of the 19th Century history mystery
Explorer of the Millennium Mystery