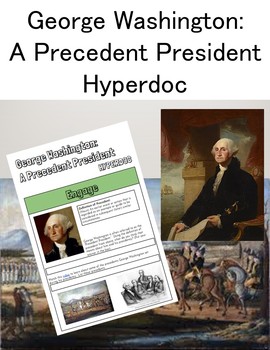 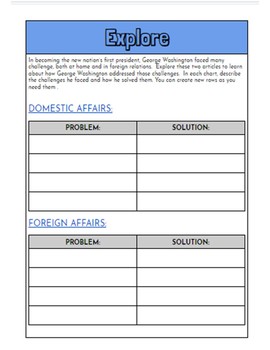 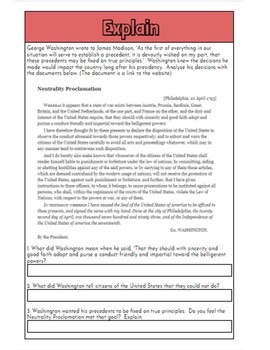 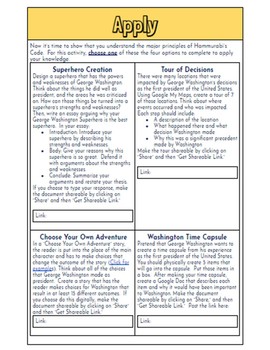 Harper's History
181 Followers
Follow
Compatible with Digital Devices
The Teacher-Author has indicated that this resource can be used for device-based learning.
DescriptionReviews2Q&A

All of the components of the learning process are included in this interactive digital lesson about the precedents George Washington set as the nation's first president. Students will have the opportunity to engage, explore, explain, apply, share, reflect and extend their understanding as 21st century learners.

- To engage students in the activity, they explore the meaning of the word "precedent" and watch a fun video describing Washington's precedents.

- They then explore online resources to identify the problems Washington faced during his presidency and the solutions he developed.

- To apply their learning, students choose from a variety of activities using numerous learning styles.

- Students then share their products and reflect on their own learning process.