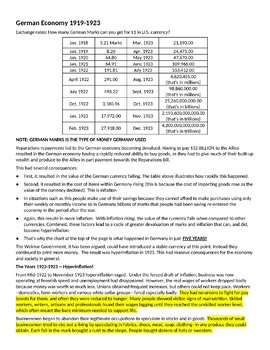 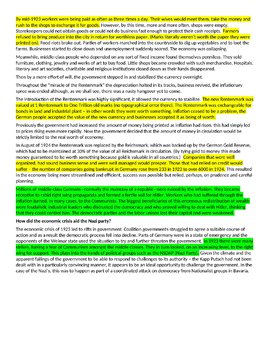 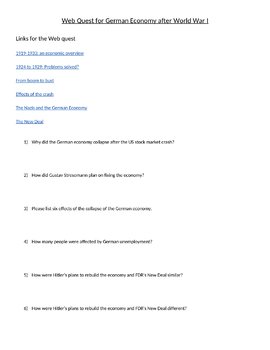 This is a great activity I do so students understand how bad hyperinflation was in Germany in the 1920s. I begin by having students take out a sheet of blank paper. They will then keep folding that in half until they can no longer do so. If the paper is unfolded there should be 64 small boxes. I typically step the students through this one fold at a time. After they unfold the paper, I have the rip a corner out and fold it into thirds. Once in thirds, I have the fold down the top third and shade it in. Next I show them the table of what the German Mark was worth and how over time it became worthless. If you do the activity right, the first four or five folds will match the first four or five boxes of the table. I have found that students truly understand that the depression was terrible in Germany after doing this. Upon completion of the paper folding activity, I have a web quest for my students over the economic hardships in Germany.