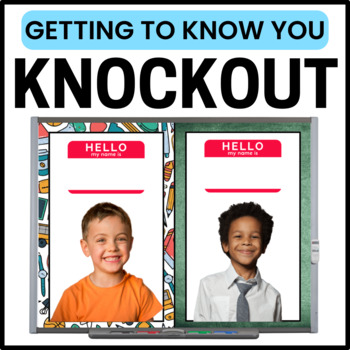 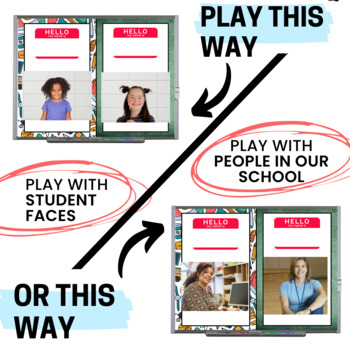 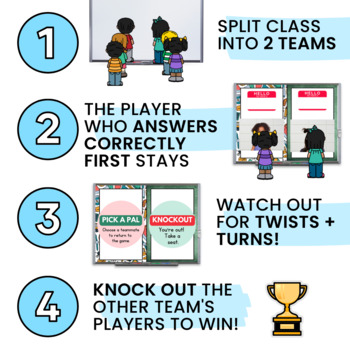 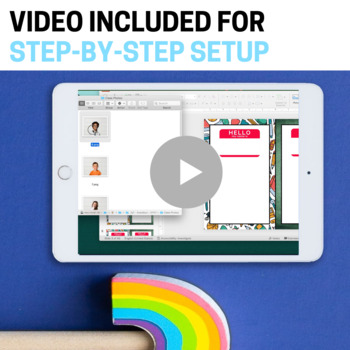 If you are looking for a back to school activity that won't make kids groan, this is it. This quick-paced, nail-biter of a name game will leave your kids BEGGING for more! Team up to knock out the other team's player. The last team standing wins! This is by far the most engaging thing I've done for my classroom this year. My kids get SO excited when we play, and they work super hard all week practicing each other's names just so they can improve their Knockout™ game!

Not only is this GREAT for learning each other's names and faces the first week of school, but it builds character as it emphasizes teamwork and good sportsmanship.

Another way to play this getting to know you game: Use photos of people around the school and practice the names of your custodian, principal, and more!

How do you win? The team with players standing at the end of the game wins. In our classroom, we like to keep teams the same for a week or two and keep a running score as a Knockout™ "tournament."

This is a set of PowerPoint and Google Slides files. This particular game is editable! You can customize your own game to include photographs of faces of your students, people around the school, or places around the school!

© Erin Waters This material is for single classroom use only. Additional copies are for sale; please e-mail me at erinwaterstpt@gmail.com for building and district pricing. This material is copyrighted and you are not to create your own Knockout™ games or distribute in any way.

Try another free Knockout™ sample HERE to try before you buy!

*****Purchase them ALL TOGETHER in a growing bundle: MEGA BUNDLE!*****