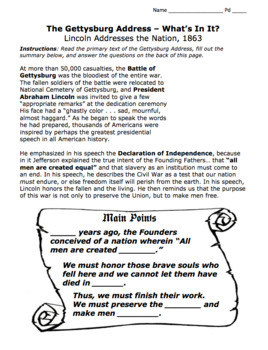 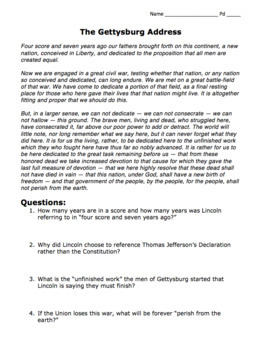 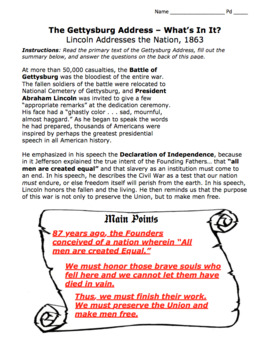 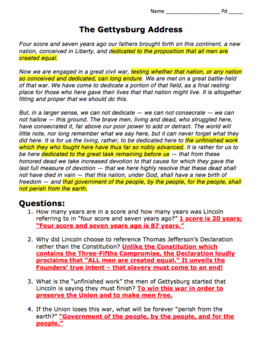 This is a great handout that I use to introduce students to the Gettysburg Address, which gives students a visual representation of the content, layout, and significance of Lincoln's most famous speech. This also provides simple context of the battle and the National Cemetery. This lays out the speech in an easy-to-analyze format and asks essential questions.