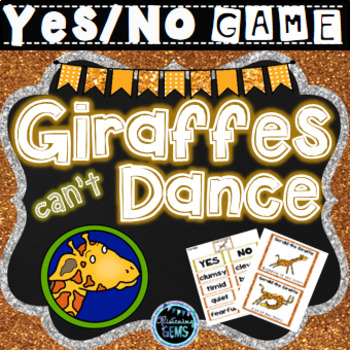 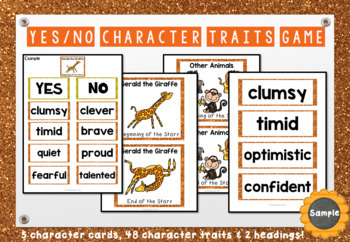 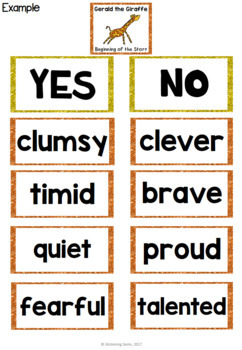 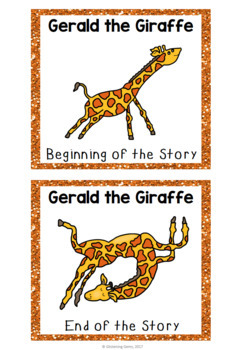 Engage your students with this fun and interactive 'Giraffes Can't Dance Character Traits Game.' By playing this character traits game, it will assist students to make inferences about characters, expand their vocabulary and consolidate their understanding of character traits. This Giraffes Can't Dance activity can be used as a whole class game, small group or independent activity. Also great to use in your guided reading lessons to focus on the reading strategy of making inferences.

This kit is also available in the money saving bundles below.

If you are looking for a digital resource that is similar to this product check out the link below:

Character Traits Task Cards - Who am I?