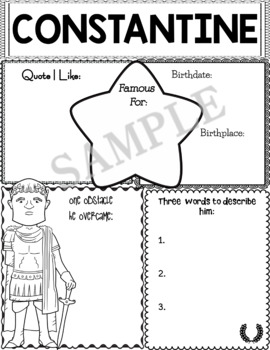 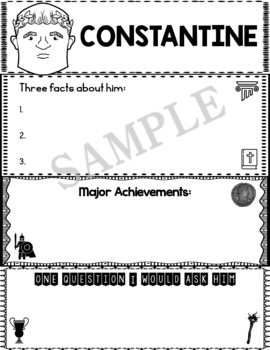 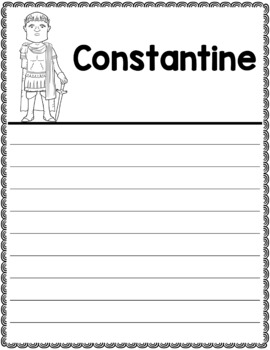 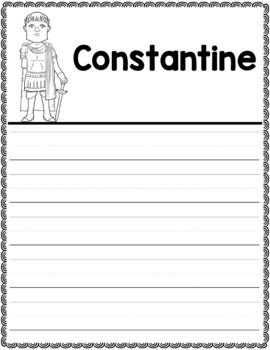 Constantine the Great influenced European history and spread Christianity throughout the Roman Empire. He made Christianity a lawful religion in Roman society, and he founded the city of Constantinople, the brilliant capital of the Eastern Roman Empire. (Wikipedia)

* One obstacle he overcame

* Three words to describe him

* Three facts about him

* One question I would ask him