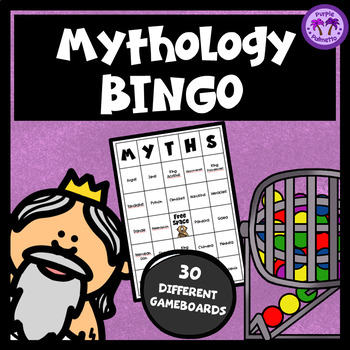 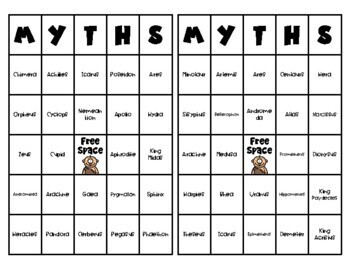 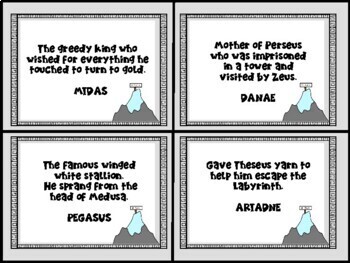 "MYTHS" bingo can be played in a variety of ways. One way is traditional bingo where the player needs to have 5 horizontal, vertical, or diagonal terms. Or your could make things more challenging with games of 4 corners, or an “X”, or a “T” pattern! This is a great way to wrap up your Greek Mythology Unit!

Mythology "Words Up" Activity (Version One)

©2014 Purple Palmetto. Use for a single user. Additional copies must be purchased if you plan to share with others. No part of this resource maybe posted on a blog (personal or commercial), webpage/site, server, or other location that is accessible by multiple people without express written permission from the copyright owner. Violations of this notice are subject to the penalties of the Digital Millennium Copyright Act (DMCA).