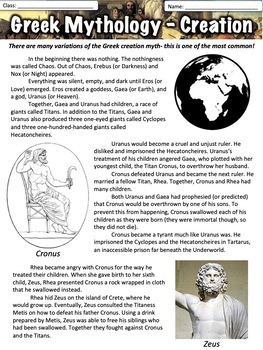 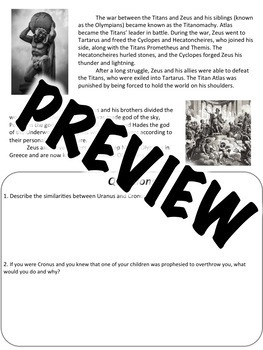 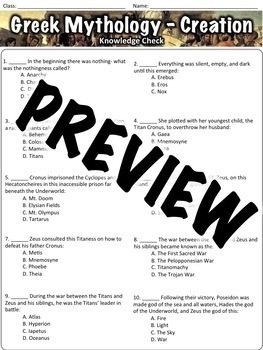 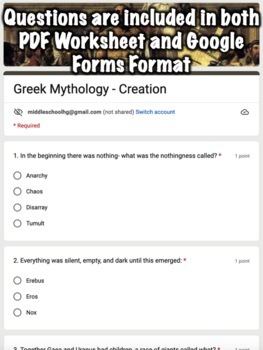 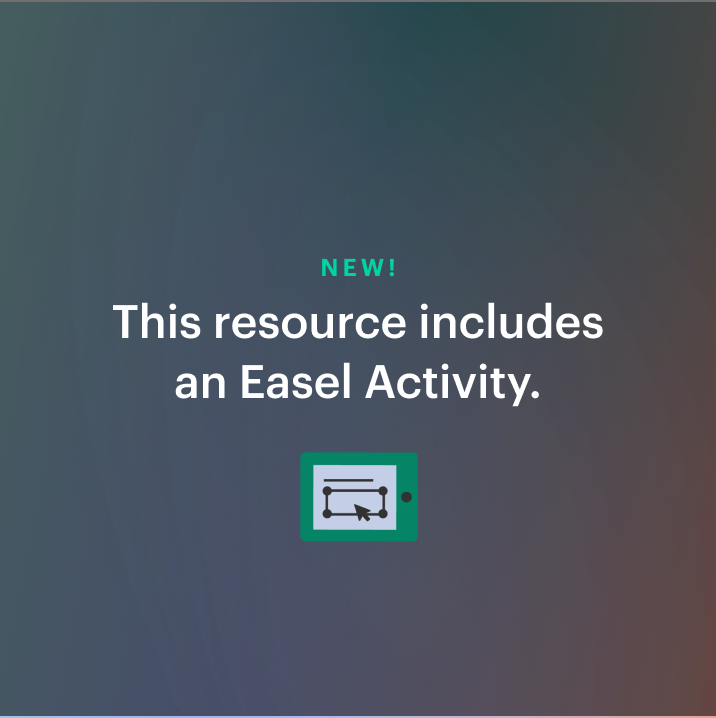 Middle School History and Geography
2.9k Followers
Follow
Includes Easel Activity
This resource includes a ready-to-use interactive version of the PDF. Assign it to students to complete from any device. Easel by TpT is free to use! Learn more.
Compatible with Digital Devices
The Teacher-Author has indicated that this resource can be used for device-based learning.

This product tells the story of the Greek myth of creation, beginning with Chaos followed by Gaea and Uranus, Cronus and the Titans, and the war between the Titans and the gods.

This is a simple and common version of the Greek creation myth- there are different versions with slight variations!

There are two questions for students to answer:

1. Describe the similarities between Uranus and Cronus

2. If you were Cronus and you knew that one of your children was prophesied to overthrow you, what would you do and why?

Since short answers can vary, there is not an answer key for those.

A version of this product formatted for Google Apps can be found here: Greek Mythology - Creation - Google Slides

Log in
to see state-specific standards (only available in the US).
CCSSRH.6-8.10
By the end of grade 8, read and comprehend history/social studies texts in the grades 6–8 text complexity band independently and proficiently.
CCSSRH.6-8.4
Determine the meaning of words and phrases as they are used in a text, including vocabulary specific to domains related to history/social studies.
CCSSRH.6-8.1
Cite specific textual evidence to support analysis of primary and secondary sources.