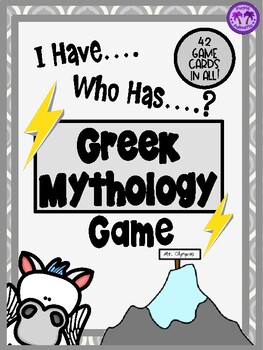 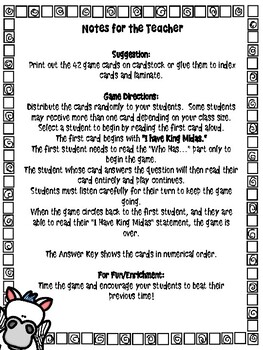 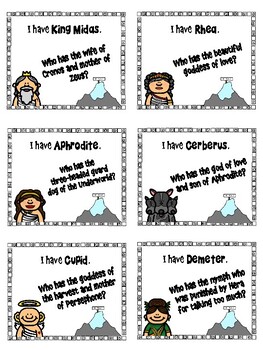 This is a FUN looping game for Greek Mythology. The game engages all students and encourages thinking skills. Cooperative learning is also involved as students try to increase the speed at which they can loop around! This product contains 42 colorful Greek mythology question cards about gods/goddesses/monsters, a direction sheet, and an answer key.

©2012 Purple Palmetto. Use for a single user. Additional copies must be purchased if you plan to share with others. No part of this resource maybe posted on a blog (personal or commercial), webpage/site, server, or other location that is accessible by multiple people without express written permission from the copyright owner. Violations of this notice are subject to the penalties of the Digital Millennium Copyright Act (DMCA).

Total Pages
15 pages
Answer Key
Included
Teaching Duration
45 minutes
Report this Resource to TpT
Reported resources will be reviewed by our team. Report this resource to let us know if this resource violates TpT’s content guidelines.