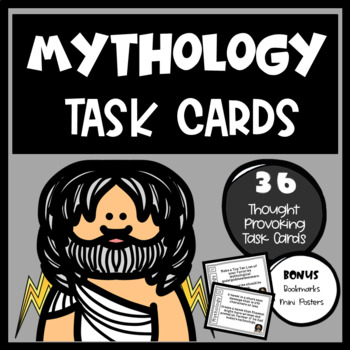 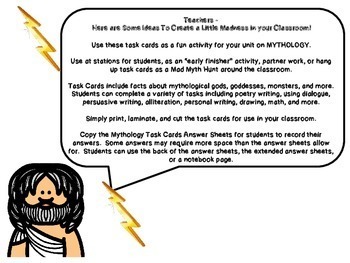 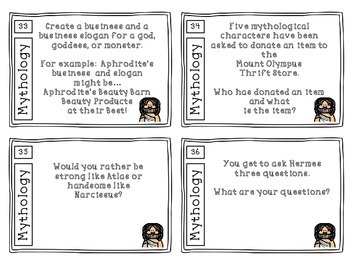 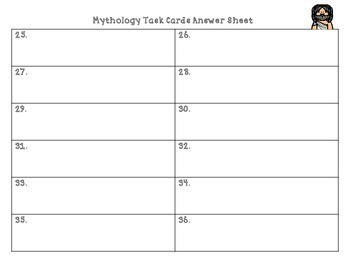 Get a little "MAD" with these MYTHOLOGY task cards. Enrich your students' knowledge of mythology with these fun activities. Use at stations for students, as an “early finisher” activity, partner work, or hang up task cards as a Mad Myth Hunt around the classroom.

Many of the tasks can be done without extra help - just pencil and paper and a ruler. Most of the cards also include an interesting fact about mythology. Who knew being "MAD" about mythology could be so much fun!?

Included along with the 36 task cards are:

- notes for the teacher

Mythology "Words Up" Activity (Version One)

©2014 Purple Palmetto. Use for a single user. Additional copies must be purchased if you plan to share with others. No part of this resource maybe posted on a blog (personal or commercial), webpage/site, server, or other location that is accessible by multiple people without express written permission from the copyright owner. Violations of this notice are subject to the penalties of the Digital Millennium Copyright Act (DMCA).