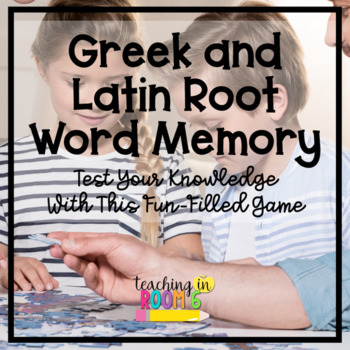 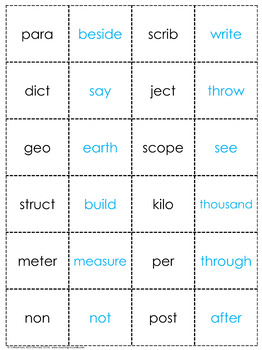 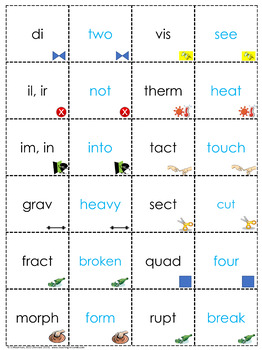 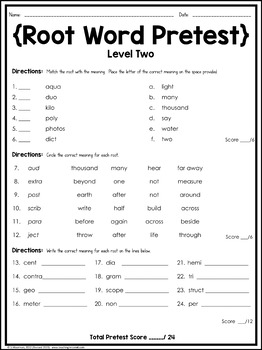 This classroom tested Memory game has the students actively engaged in learning Greek and Latin Roots. They talk the roots out while trying to find matches between the root itself and the definition. There are three levels, with 24 roots each (for a total of 72 roots), including one blank sheet to include your own root words! This game comes in an easier, pictured self-check version and a more difficult (no picture) version, for your advanced learners.

This game is designed to accompany my other Greek and Latin Root resources.