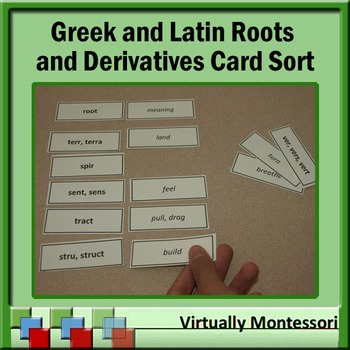 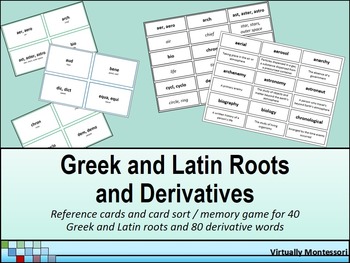 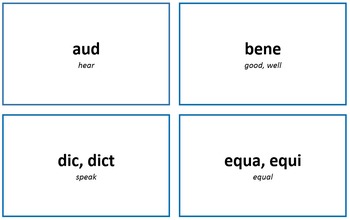 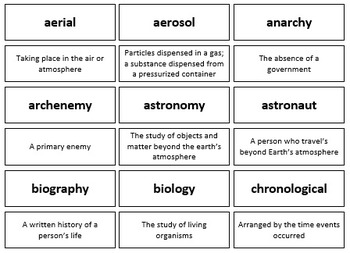 This material includes both reference cards and card sort activities intended for practice in identifying the correct meaning of various Greek and Latin roots and derivative words of those roots.

Be the first to know about my new discounts, freebies and products! Here's how:
• Look for the green star near the top of any page within my store and click it to become a follower. You will then receive customized email updates about my store.