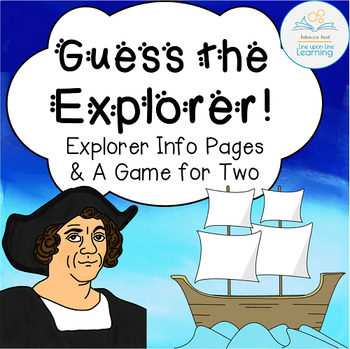 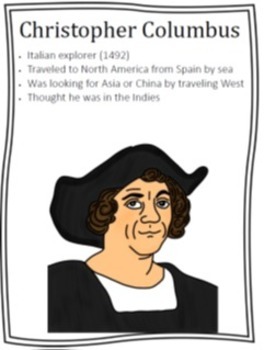 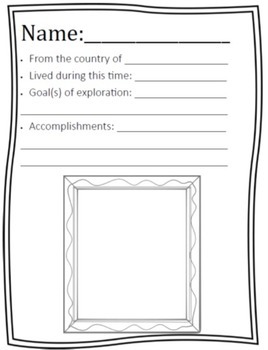 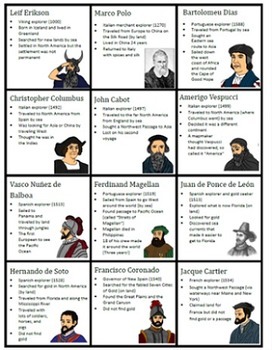 Research and learn about 20 key world explorers from the Age of Exploration and then review what has been learned by playing the "guess the explorer" game.

Each explorer card has key facts such as

• how he explored (by land or sea)

• why he went or what his journey taught other explorers.

There is also a page for students to research and fill in about their own explorers, and an organization chart to compare and contrast two explorers.

Finally, there is a fun Guess the Explorers! game to review what has been learned. Figure out the identity of your opponent’s explorer before they figure out yours! Ask yes or no questions and eliminate non-relevant explorers.

Guess the Explorer! is a perfect "center" wrap-up to a school unit on North American explorers.

• Did your explorer stay in North America?

Check out the other games I have in my store.