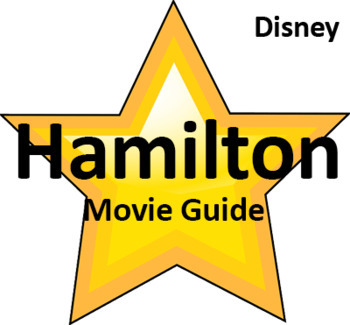 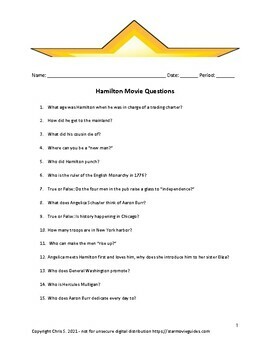 Hamilton movie questions (released 2020) help keep students engaged throughout the film by providing 29 questions for them to answer to keep them on track. Hamilton worksheet comes with a key that has suggested answers provided at the end.

Hamilton Movie Guide follows the original Broadway production of the award-winning musical that tells the story of Alexander Hamilton, first secretary of the treasury, blending hip-hop, jazz, R&B and Broadway styles, filmed from the Richard Rogers Theater in New York.