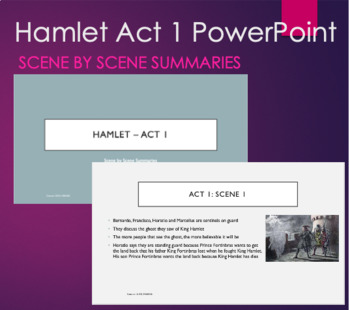 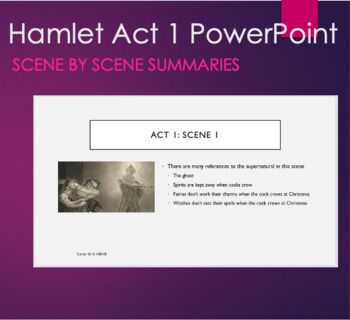 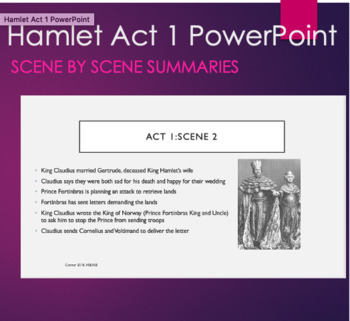 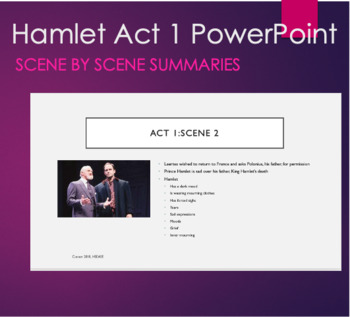 •Bernardo, Francisco, Horatio and Marcellus are sentinels on guard

•They discuss the ghost they saw of King Hamlet

•The more people that see the ghost, the more believable it will be

•There are many references to the supernatural in this scene

•Spirits are kept away when cocks crow

•Laertes wished to return to France and asks Polonius, his father, for permission

•Prince Hamlet is sad over his father, King Hamlet’s death

•Has a dark mood

•Marcellus and Bernardo tell Hamlet about the ghost

•The ghost was wearing armor like Hamlet’s Father wore

•Horatio says that he saw the ghost on the third night

•Horatio says that it looked like the ghost was going to speak, but the cock crowed and it stopped

•Hamlet tells them not to say anything about this to anyone

•He thinks poorly of these actions

•It thinks it reflects badly on the country