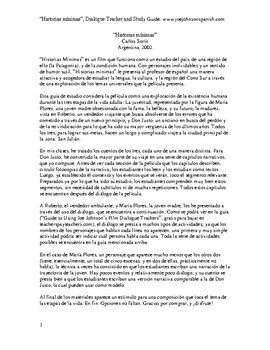 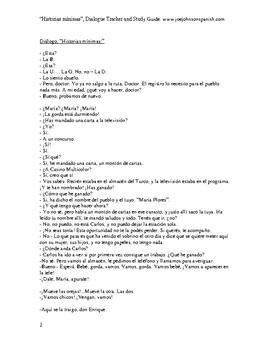 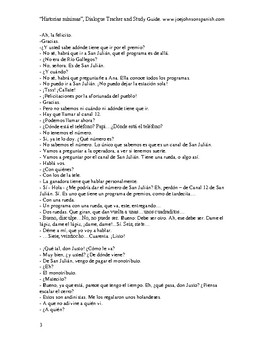 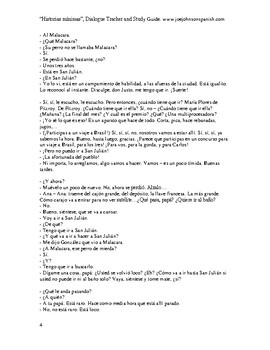 "Historias Mínimas" is a heartwarming, award-winning film from Argentine director Carlos Sorín. It is a moving exploration of Patagonia, in which three characters from tiny Fitzroy, each at different stages of their lives, find themselves on the long road to the local port city of San Julián, looking for fortune, redemption, and a second chance. This dialogue tracker and study guide is to be used in conjunction with the film, widely available on DVD. The guide contains every word of spoken dialogue in the film, as well as a seven-chapter narrative version of the trajectory of one of the characters and several composition prompts.